My research is in the field of Comparative Politics with an emphasis on comparative legislatures, comparative political institutions, gender and politics, and Latin America. I am interested in understanding the causes and consequences of diversity in political institutions—particularly as it pertains to politically marginalized groups (e.g., women, racial and ethnic minorities, and working-class people). To better understand questions surrounding representation, I collect and analyze a wealth of original quantitative and qualitative data. I have fielded original surveys in Argentina, Mexico, and the U.S. and conducted extensive fieldwork in Argentina. I employ a mixed-methods approach that incorporates advanced statistical techniques, elite interviews, in-depth case studies, and survey experiments. My research on representation focuses primarily on Latin America, but I have increasingly explored these issues in other contexts, including cross-national global analyses.

My service to the department, college, university, and discipline is broad in scope, including commitments such as serving as Director of Undergraduate Studies, chairing the college Passport to the World: Keys to our Common Future, designing and directing a new university-wide internship program, WilDCats at the Capitol in Washington D.C., editing the Legislative Studies Newsletter, serving on multiple editorial boards, and presiding over the Midwest Women’s Caucus. Though general in scope, I’ve leveraged these positions to pursue my dedication to changing the opportunity structure for poor and first-generation college students and to advancing women and under-represented minorities in higher education.

I completed my Ph.D. in Political Science at Rice University in 2012, where my dissertation won the John W. Garner Award for Best Dissertation in the Social Sciences and Humanities at Rice University. In 2018 I was honored to receive the Emerging Scholar Award from the Legislative Studies Section of the American Political Science Association. This award was designed to recognize a scholar who is no more than 6 years from the year of their PhD who has informed the study of legislative politics through innovative and rigorous scholarship. In 2017 I was honored with the Early Career Award from the Midwest Women's Caucus for Political Science, an award that recognizes a junior (pre-tenure) female faculty member based upon her research accomplishments and contribution to the discipline. In 2013 I was a Research Fellow at the Kellogg Institute for International Studies at the University of Notre Dame. I have plans to spend Spring 2019 at Tulane University as the Greenleaf Scholar-In-Residence in the Stone Center for Latin American Studies.

In 2017 my book, Gendering Legislative Behavior: Institutional Constraints and Collaboration (Cambridge University Press, 2017), was awarded the Alan Rosenthal Prize for the best book or article written by a junior scholar that has potential to strengthening the practice of representative democracy, by the American Political Science Association Legislative Studies Section. In this book, I ask when and why do legislators—and particularly women legislators—have incentives to collaborate? And how do different legislative institutions facilitate or constrain women's legislative collaboration? To answer these questions, I spent over 20 months in Argentina, visited 19 of the country’s 24 provinces, and collected an original dataset that combines archival data (e.g., bill cosponsorship, leadership appointments, committee appointments, incumbency) and over 200 interviews with legislators and other elite political observers. My fieldwork was supported through research grants from the National Science Foundation, the Ora N. Arnold Fellowship, and the University of Kentucky College of Arts and Sciences.

My other peer-reviewed research appears in journals such as the American Journal of Political Science, Journal of Politics, Comparative Political Studies, Political Research Quarterly, Governance, Politics & Gender and Politics, Groups, and Identities. In 2017 I won the Sophonisba Breckinridge Award from the Midwest Political Science Association for a paper co-authored with Abby Córdova. I was also awarded the best article published in Political Research Quarterly in 2017 and the Marian Irish Award in 2017 from the Southern Political Science Association for a paper I co-authored with Erin Cassese. Additionally, I have won over $580,000 in grants and fellowships to support my research.

For more information about my book, my fieldwork, and ongoing research visit my website: http://tiffanydbarnes.weebly.com/

In addition to my book, Gendering Legislative Behavior (CUP 2016), have published over 30 peer-reviewed articles and book chapters. Here are a few of my recent publications. Please see my website for a full list and (ungated) links to all of my publications. 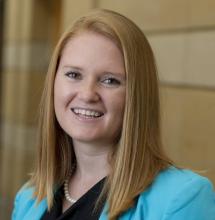